Accueil - Transnational activism and the globalization of anti-communism after 1989

Transnational activism and the globalization of anti-communism after 1989

Earlier versions of the articles in this special issue were presented at the conference “Transnational Dimensions of Dealing with the Past in ‘Third Wave’ Democracies. Central Eastern Europe and the Former Soviet Union in Global Perspective” held at the University of Bucharest in April 2019, with the support of Imre Kertész Kolleg Jena, the Institut Universitaire de France and the Romanian Ministry of Research and Innovation, CNCS – UEFISCDI, project PN-III-P1-1.1-TE-2016-1063. We also acknowledge the support of the Paris Institute for Advanced Study and the financial support of the French State through the “Investissements d’avenir” programme, managed by the Agence Nationale de la Recherche (ANR-11-LABX-0027-01 Labex RFIEA+). Our work has also benefited from stimulating discussions with colleagues from the project “Criminalization of Dictatorial Pasts in Europe and in Latin America in a Global Perspective” financed from 2016 to 2019 by the AHRC and the LABEX Cluster of Excellence “Pasts in the Present.”

Transnational activism and the globalization of anti-communism after 1989 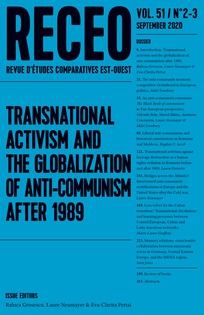 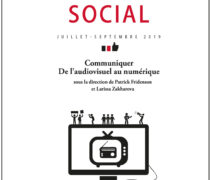